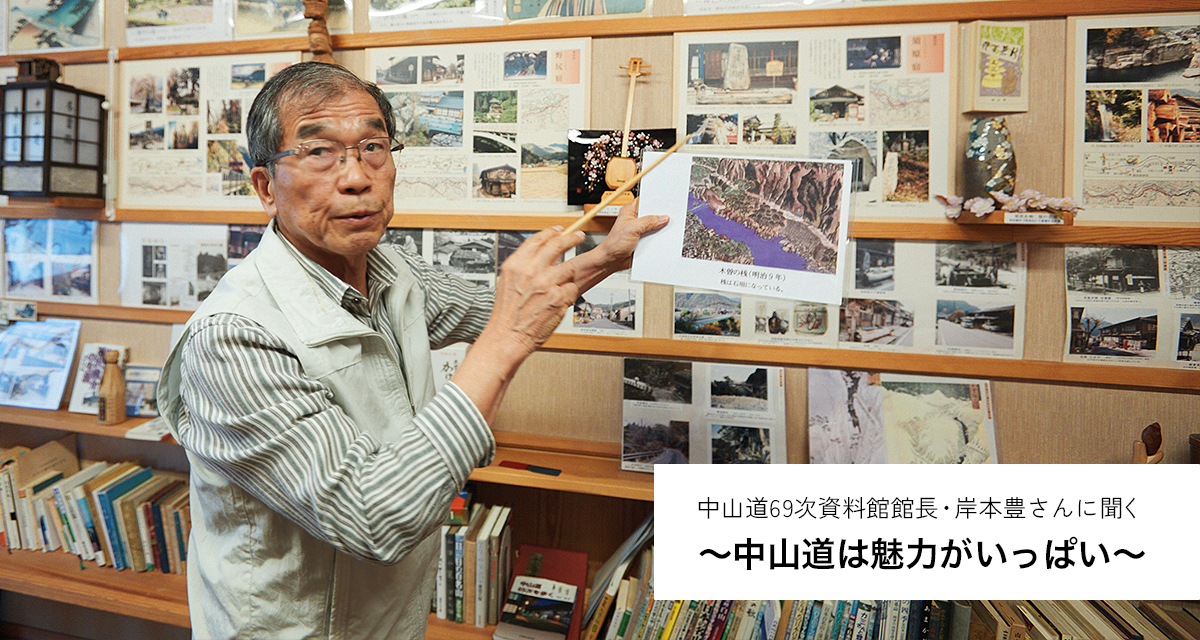 ~ Nakasendo is full of charm ~ Ask Mr. Yutaka Kishimoto, the director of the 69th Nakasendo Museum

Is there a "road" in your city?The road is a trail (trace) made by many people walking, and it is also a trajectory that leaves history and culture for posterity.If you look at the history of familiar roads, you may be able to discover the charm of culture that you have never seen before. We visited the director of Nakasendo 69th Museum, a private museum in Oiwake-juku in Karuizawa Town, and asked about the charm of Nakasendo. 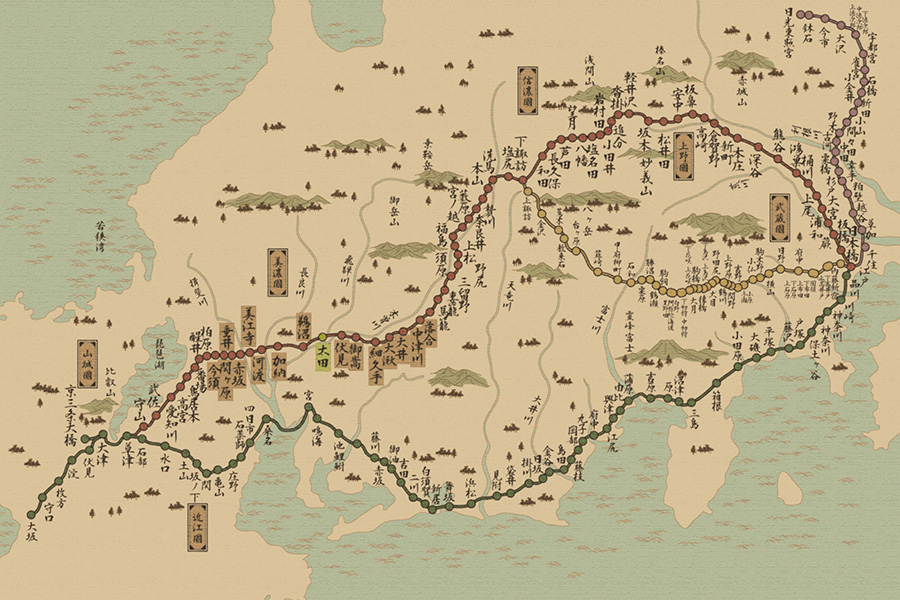 Nakasendo, which connects Kyoto and Edo, is one of the five highways that was constructed starting from Edo and Nihonbashi during the Edo period.It crosses the Magometouge on the border between the current Nagiso Town and Nakatsugawa City, Gifu Prefecture, enters Shinshu, and passes through Kiso, Suwa, etc. to the Usuitouge in Karuizawa.Post towns were set up in various places along the highway, and it prospered as a transportation hub.Of the 69 post towns on Nakasendo, 25 are in Nagano prefecture.

Oiwake-shuku in Karuizawa Town is located at the intersection of the Hokkoku Highway that connects Edo and Kanazawa on the Nakasendo.This time, we are talking to Mr. Yutaka Kishimoto, the founder and director of the "Nakasendo 69th Museum" along the Oiwake-shuku highway.We asked Mr. Kishimoto, who walked through all the post towns on Nakasendo, about the unique culture and charm of Nagano prefecture on Nakasendo, and how to enjoy the post town. 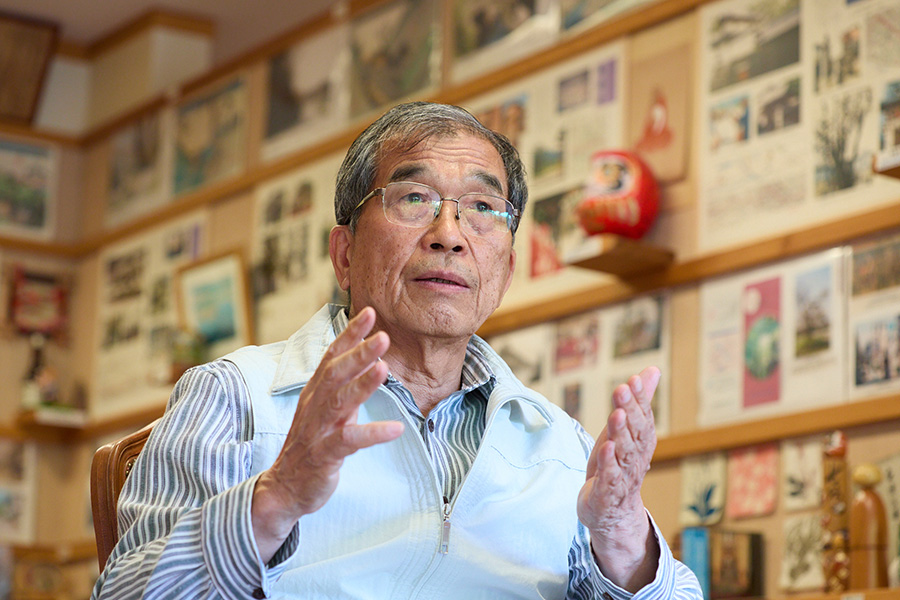 Yutaka Kishimoto, the founder and director of "Nakasendo 69th Museum"

Originally, Mr. Kishimoto, who specialized in geography in Tokushima Prefecture.I used to go to Nakasendo every time I took a day off.In 13, he published his first book, "Walking the 2001th Nakasendo".Due to the fact that there was a villa in Karuizawa, it was in 69 that he moved in earnest.Why did you pay attention to Nakasendo and Oiwake-shuku among the many highways?

Mr. Kishimoto
"Among the five highways of Tokaido, Nakasendo, Koshu Kaido, Nikko Kaido, and Oshu Kaido, it retains the remnants of the Edo period. This is Nakasendo. Also, compared to many highways, Nakasendo is particularly long, and I think it is interesting that there are cultural differences and characteristics depending on the region. I'm also particular about the reason why I made it. " 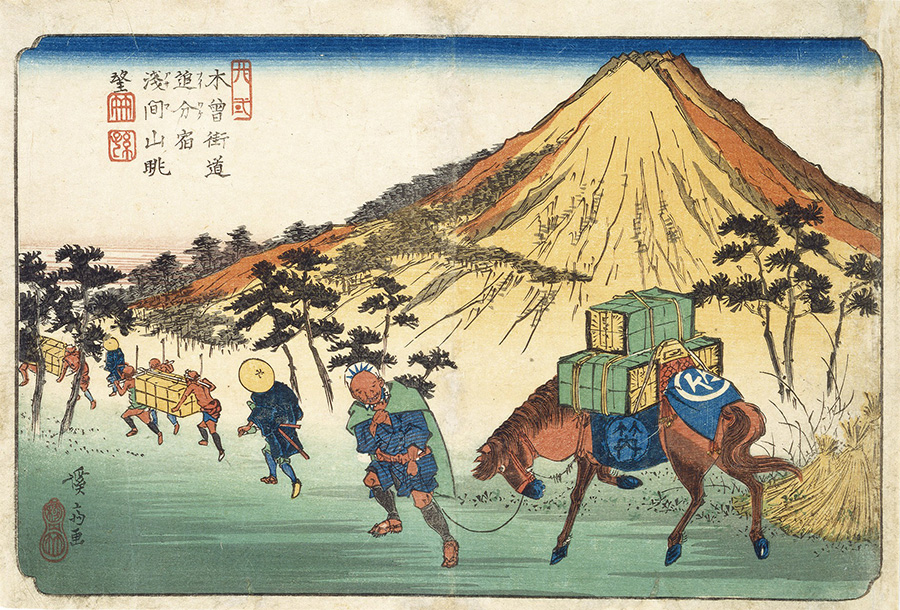 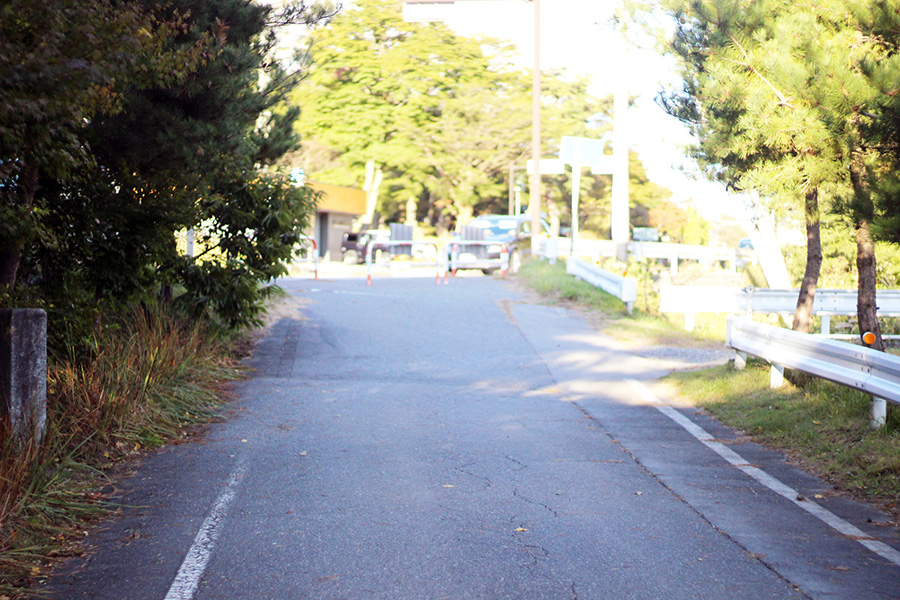 Mr. Kishimoto speculates that "Eizumi drew this area today.""Nakasendo 69th Museum" is on the left, and "Nakasendo" is running in front.There is "Oiwake-shuku" on the right side of Nakasendo

Mr. Kishimoto
"There are many ukiyo-e prints about Nakasendo, but I presume that the place where the museum is located is exactly the place of Oiwake-shuku drawn by Keisai Eisen, a disciple of Katsushika Hokusai. You can see a human horse climbing a slope with Mt. Asama in the background. There is only one slope that goes up to the left like this around Oiwake-shuku, so I thought it was perfect for building a museum. I also planted a row of pine trees about 20 years ago to recreate the atmosphere of that time. "

Not only do you learn and experience history, but you also feel a deep love for Nakasendo from Mr. Kishimoto.Do you ever feel "Nagano-like culture" while walking along the highway?

Mr. Kishimoto
"For example, is it the Sotai Dosojin, where men and women are in a close relationship? Of the 50 on Nakasendo, 35 are from Nagano Prefecture. Ota Nanpo, a cultural figure in the middle of the Edo period. Po) also paid attention to Dosojin on his journey on Nakasendo and wrote it down in his diary. "
* Ota Nanpo Kan'en 2 (1749) -Bunsei 6 (1823)
As a literary artist, he wrote kyoka, kyoka, fashionable books, kibyoshi, Chinese poetry, essays, etc. ..It boasted great power in the Bundan around the Tenmei period. 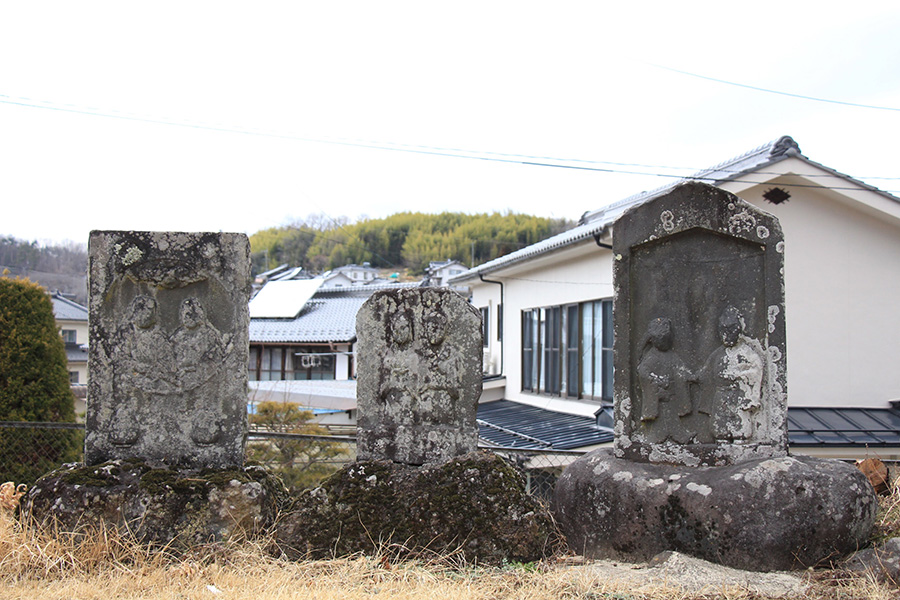 It is said that there are about 3000 twin Dosojin in Nagano prefecture. There are various names such as "Sai no Kami", "God of fortress, obstacle, happiness, and even", and "Dorokujin" in Okushinano.The origin is not certain, but it is said that it spread mainly in the masons who belonged to the Takato domain from the middle of the Edo period in Shinshu.It is often placed on the side of the road, and it contains the wishes of the people of the past who wished for the safety of the trip and the peace of the village. 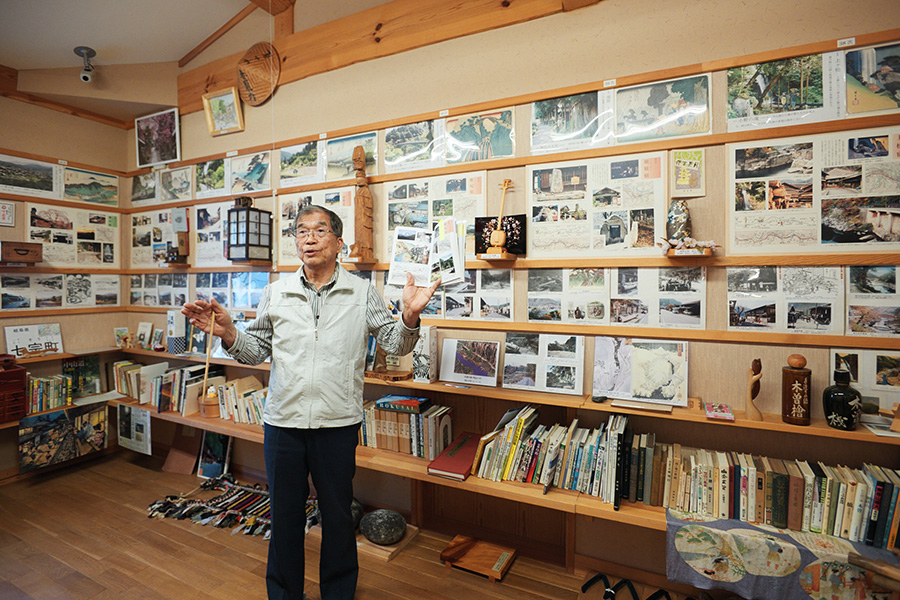 At the Nakasendo 69-tsugu Museum, materials of all ages and genres are displayed at each inn.

What is "walking" on Nakasendo?What the progress of motorization (car society) has forgotten

There are various theories, but Nakasendo is about 530 km away. It is not uncommon to pass through steep mountain gorges, including the Wada Pass, which is located between Nagawa Town and Shimosuwa Town at an altitude of about 1600 meters.Due to the large amount of snow and the limited distance that can be traveled in a day in winter, the number of post stations has inevitably increased.It took a day for travelers at the time, even on a road that was tens of minutes by car.

In his book, Mr. Kishimoto writes, "The progress of motorization is trying to make us forget to walk." What do you think "walking" means to us?

Mr. Kishimoto
"It's easy to see when you walk, but the roads are usually not straight. I feel that the roads are curved, curved, and comfortable to walk in. The scenery changes as you walk. And you can see things in the distance well. When you drive, you can only see the front, so there are many things that you overlook. "

There are things that you can discover and see by walking.Nakasendo still has many roads that cannot be reached by car. Mr. Kishimoto says, "It feels like a highway and it's fun to walk," says Magome Juku in Nakatsugawa City, Gifu Prefecture, and Tsumago Juku in Nagano Prefecture's Nagiso Town. Magome Pass connecting Juku).This course is also popular with foreign tourists visiting Japan.

In front of the Nakasendo 69th Museum, there is a spot where you can easily experience the fun of walking.It is a "mini Nakasendo" that Mr. Kishimoto made over nearly 20 years.The rivers, passes, and mountains that can be seen are reproduced in detail, and the signboards also show information about each post town and the highlights of the road, so I was able to experience a simulated trip to Nakasendo. 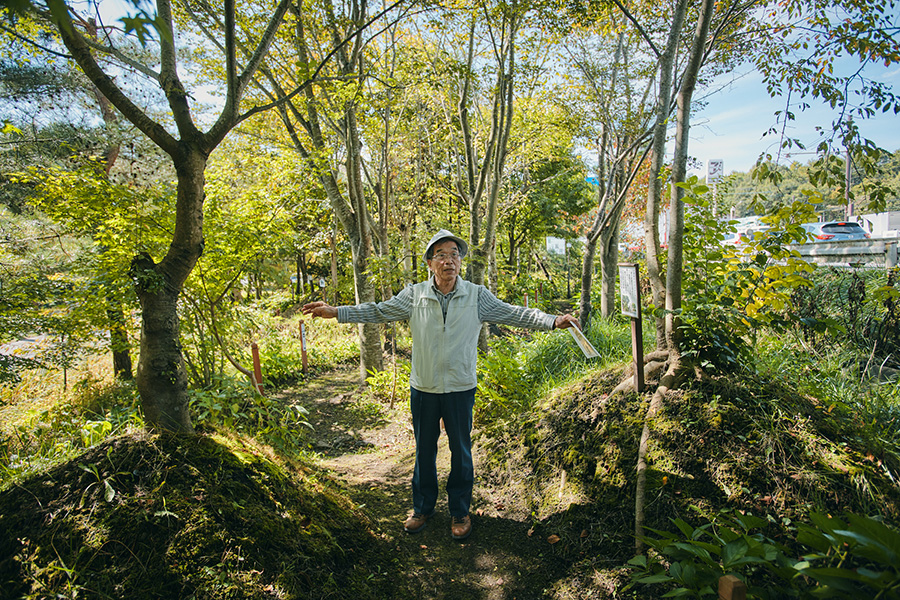 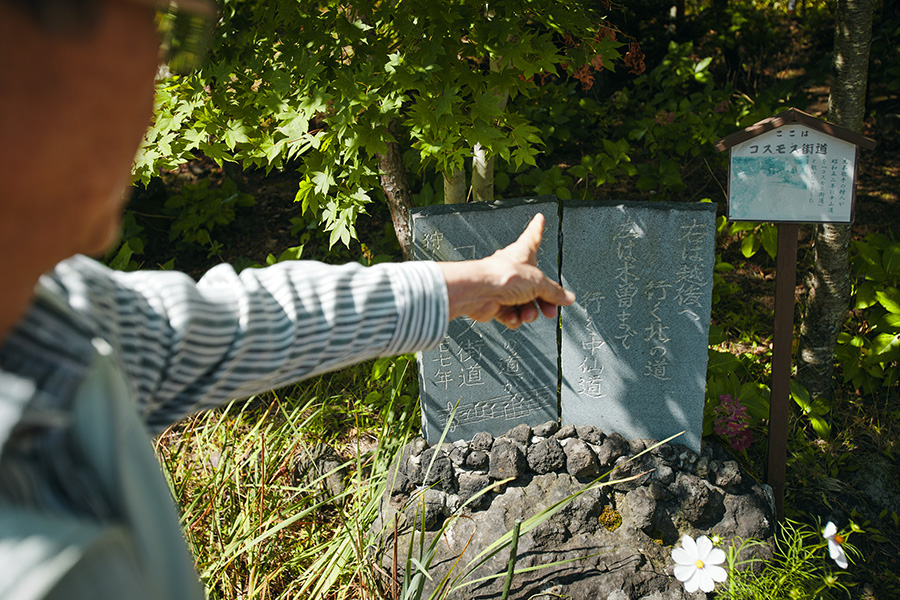 The lyrics of the hunter's song "Cosmos Kaido" on the stone monument in "Mini Nakasendo".This is taken from the poem "Summer Journey" by Michizo Tachihara.

Mr. Kishimoto showed us the highlights of Oiwake-shuku, which is a 5-minute walk from the museum.The first thing I went to was "Oiwake-shuku's parting away".It is a junction between Hokkoku Highway and Nakasendo. 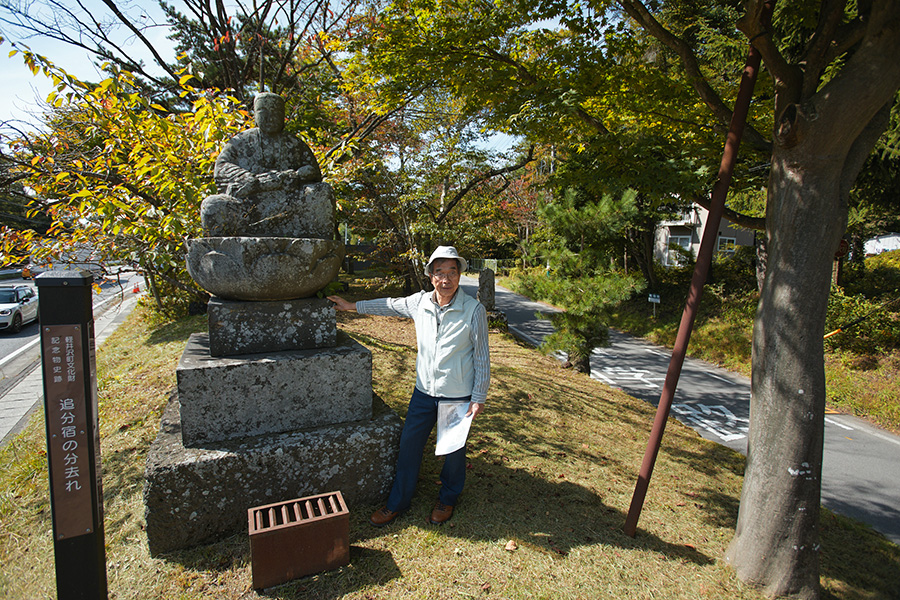 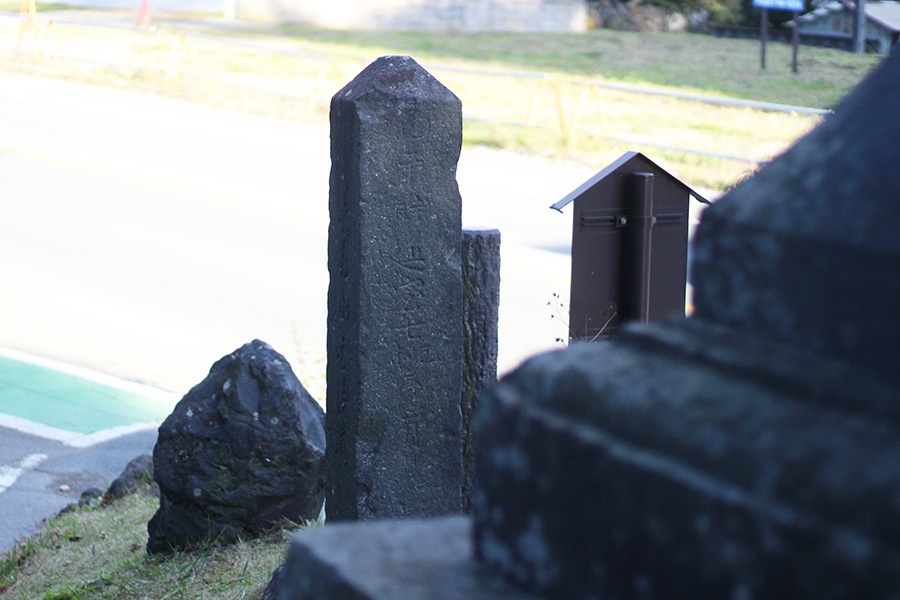 At the end of Oiwake-shuku, there is also the oldest stone monument on Nakasendo, 1679, which says "Seven Years of Enpo".

Mr. Kishimoto
"If you look at the pictures of the Meiji era, you can see that the child-hugging Jizo has disappeared. Due to the flow of Tsukishaku), the child-hugging Jizo was moved to the nearby Sentoji Temple because it was not good to look down on the emperor. It wasn't until the Heisei era that it returned to its current form. It's also interesting to visit historical sites while feeling the passage of time. "

The next thing I saw was the "Masugata teahouse".The purpose of the box shape was to prevent the invasion of enemies by creating right-angled corners that make it difficult for horses to run.It is a unique landscape often seen in castle towns and post towns.Currently, the national highway passes through, and you can't see the appearance of a box, but you can remember the direction and architecture of the teahouse. 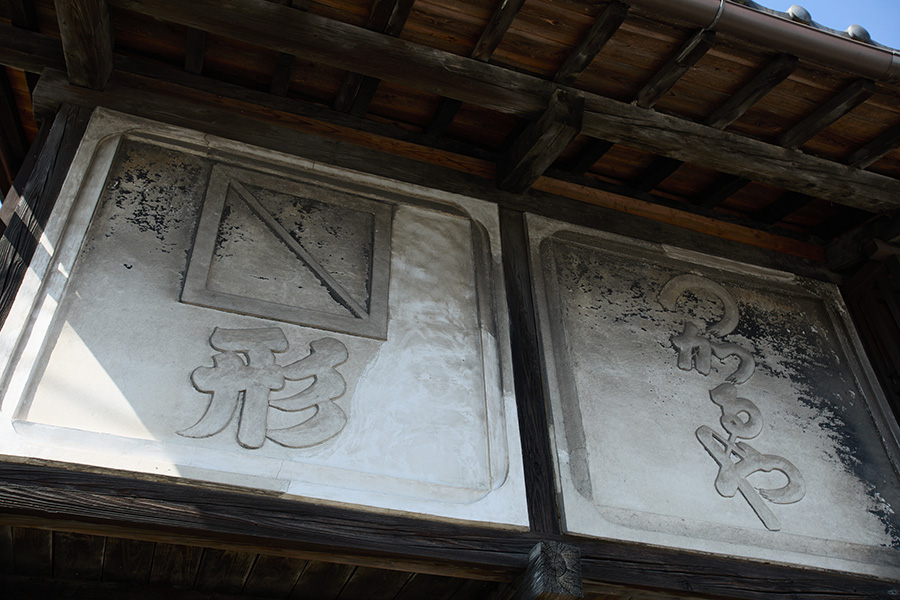 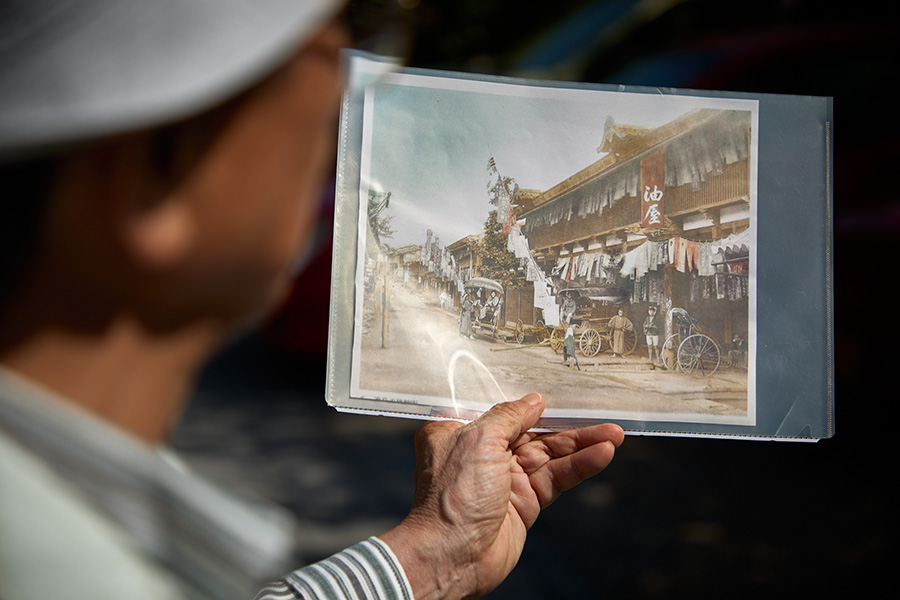 The photo was taken in 19 by photographer Kusakabe Kimbei for sale to foreign tourists visiting Japan.At that time, there were two horse-drawn carriages and one rickshaw in front of the railway opening (between Naoetsu and Karuizawa) and in front of the oil shop.The oil shop also managed the means of transportation.

The former Wakihonjin of the oil shop was burnt down in 12, but the building was reconstructed in 1937 due to the fund-raising activities of volunteers such as Tatsuo Hori and Saisei Murou.If you look closely at the photo of the oil shop before it was burnt down, you can see that it is located on the opposite side of the road from its current location. 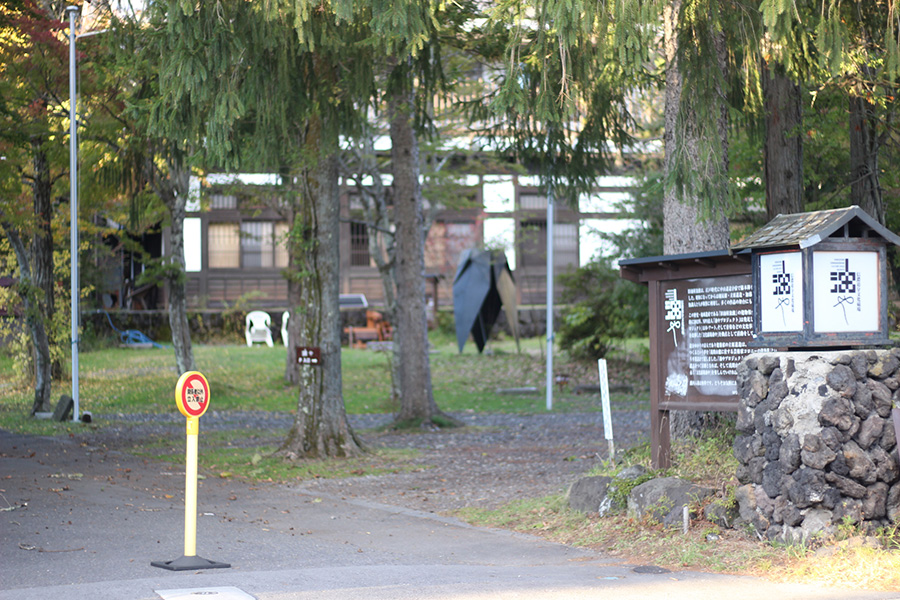 In 24, the building was repaired and operated as "Shinano Oiwake Cultural Magnetic Field Oil" as an exhibition hall for art and used books, and an event venue.The oil shop, which has a long history, plays a role in enlivening the region as a cultural hub. 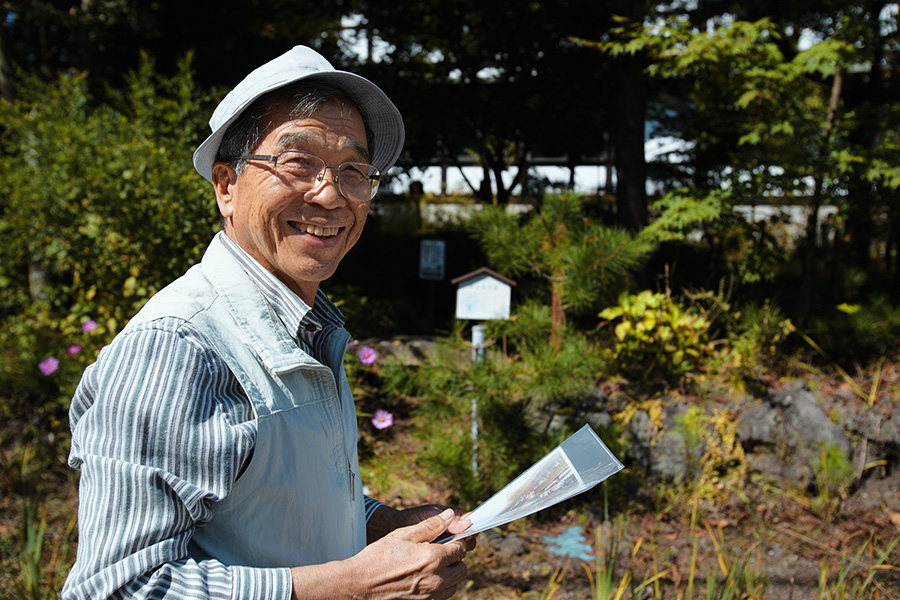 Mr. Kishimoto will explain various things with this smile even at the museum.

By the way, Nakasendo 12th Museum will be closed during the winter season (December-March).Mr. Kishimoto seems to spend that period with his wife on collecting new materials and interviewing. “Once the museum is completed, it is unlikely that the number of exhibits will increase. However, since the museum is evolving with more exhibits every year, there will be new discoveries no matter how many times you visit,” says Kishimoto.In addition to Nakasendo, I also visit highways and post towns all over Japan, such as Tokaido, Koshu Kaido, and Nikko Kaido.Talk to the visitors as much as possible, and sometimes serve tea to make the road talk bloom.If you are interested in Nakasendo, please come visit us.

Is there a "road" in your city?Is there any history or culture left?It's easy to overlook places that are close to you, but walking along the road may be one of the perspectives to review the local culture.There are many articles about walking along the roads of Nagano prefecture on the WEB media "Skima Shinshu" run by the author.If you are interested in the charm of the highway that nurtures, preserves, and creates a new culture, please experience walking on the highway.

Skima Shinshu… A web media that introduces Nagano Prefecture's niche tourist information with the concept of “filling the gaps in Shinshu with your liking”.Special feature "Culture in daily life rooted in local daily life-from the perspective of local media-"But I introduce it in detail. 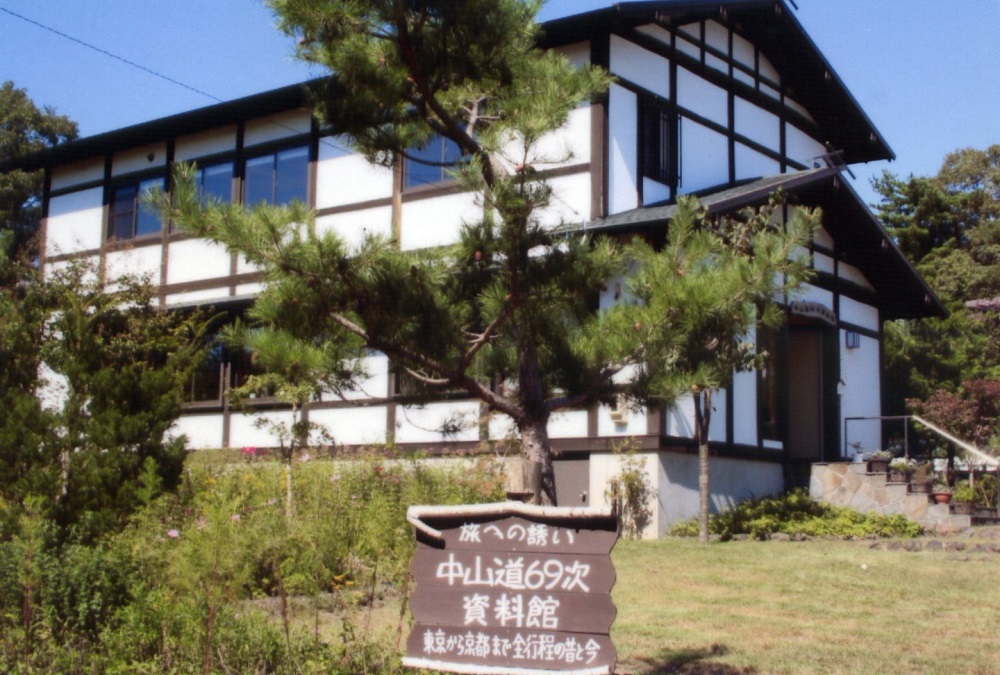